A Child Soldier in Judicial Limbo

Despite Plea Bargain, Omar Khadr is
Still Waiting to be Returned to Canada

In October, 2010, facing the likelihood that he might otherwise spend the rest of his life locked up in our prison at Guantánamo naval base, Omar Khadr, a former child soldier captured in Afghanistan in 2002, agreed to plead guilty to murder charges in return for a promise: he would serve no more than eight additional years, and could do so in Canada, his home country. Almost two years later, he’s still in Guantánamo, and his attorneys are going to court to demand action.
I have not wanted to write about the case of Omar Khadr. It makes me crazy. About ten years ago the boy, then 15 years old, was shot twice in the back and half-blinded during a firefight in Afghanistan. Expecting to be killed at any moment, he is alleged to

have thrown a grenade that wounded American Sgt. Christopher Speer, who subsequently died. Khadr has spent the past ten years in Guantánamo, some of that time in solitary confinement, and he may not be released for six years more. That’s the quick outline of a case that most of the public has forgotten, if they knew about it in the first place.
In the event that you’ve forgotten the specifics, Omar Khadr was a young Afghan-Canadian, whose adult family members were supporters of al-Qaeda and lived for varying periods in Pakistan and Afghanistan. In 2002, they were living in Waziristan, and his father was asked if the then 15-year-old could serve as a Pashto translator for an al-Qaeda leader. The family reluctantly agreed.
In July of that year Khadr and several adult al-Qaeda fighters were spotted in a compound of mud-walled huts, which was then surrounded and attacked by an American force eventually

totaling around a hundred troops. In the course of that sunny, dusty Afghan afternoon, the compound was strafed with cannon and rocket fire from Apache helicopters, and bombed by fixed-wing Warthog bombers. All but Khadr and one adult were killed, and the boy was permanently blinded in one eye by shrapnel.
In the troop assault that followed – estimated to have lasted approximately one minute – the already wounded adult fighter was shot in the head and killed, and Khadr was shot twice in the back. Somewhere in the middle of that adrenaline-charged 60 seconds, a grenade was thrown from the compound, fatally wounding Sgt. Speer. Khadr may have thrown the grenade, though the evidence is unclear and contradictory. Lying on the ground when the shooting stopped, the wounded teenager pleaded with U.S. troops to kill him and, according to documents cited by the Toronto Star, one soldier was about to do just that until he was stopped by a medic.

Captured soldiers during wartime are not prosecuted or punished for having killed on the battlefield. If the conflicts in Afghanistan and Iraq had been acknowledged as wars – which they surely are, by any logic or normal precedent – captured personnel would be treated with a modicum of respect, could not be interrogated (beyond “name, rank, and serial number”) and would be released 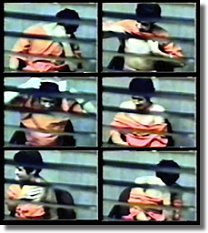 at the end of the conflict. In the case of Afghanistan, that would be some time in the next two years. The United States, however, has unilaterally defined the conflicts as not-wars, and therefore treats its detainees, including children, as “enemy combatants” (an entirely new term invented for the purpose) who can be imprisoned indefinitely as criminals, interrogated in ways which the United Nations and most of the rest of the “civilized” world regard as torture, and in general assigned to a previously unheard-of limbo.
That’s Omar Khadr’s world today. Charged with the killing of Sgt. Speer, he has now spent roughly ten years in prison, most of that time in our penal colony at Guantánamo Bay. Despite being recognized by the United Nations and other bodies as a child soldier entitled to special treatment, Khadr has allegedly been subjected to abusive treatment including refusal of pain medications, sleep deprivation, being placed in stress positions, threats of rape, and extended periods in solitary confinement.
Finally, in October of 2010, facing the possibility that he might never be released, Khadr agreed to plead guilty to murder in return for a maximum sentence of eight more years, with the promise of being transferred back to Canada, his home country, after the first year. Yet almost two years later, he’s still in Guantánamo, and it’s not clear when or if the two countries will work out the technicalities holding up his transfer.
At the time of Khadr’s plea bargain and “conviction,” the New York Times editorialized that “this is not a legal victory anyone can feel proud about.” It cited “an appalling pretrial ruling” by the military judge:

“[The judge] refused to exclude from evidence incriminating statements obtained under coercive and abusive circumstances by Mr. Khadr’s interrogators — including someone who implicitly threatened the frightened and severely wounded youngster with gang rape and was later convicted of detainee abuse in another case.
“The case had other troubling aspects. Usually in war, battlefield killing is not prosecuted. The United States argued that Mr. Khadr lacked battlefield immunity because he wore no uniform. On the eve of a hearing, commission rules were hastily rewritten to downgrade “murder in violation of the laws of war” to a domestic law offense from a war crime in order to avoid seeming to concede that Central Intelligence Agency drone operators who, reportedly fly the aircraft from agency headquarters in Virginia and also kill while not wearing uniforms, commit war crimes.
“United Nations officials and human rights groups objected to the prosecution’s dubious legality under international law. They noted the dangerous precedent set by making him the first person in many decades prosecuted for war crimes allegedly committed as a juvenile.”
— New York Times editorial, November 8, 2010

As the father of a formerly teenaged boy (and a former teenager myself) I can testify that young men do not always behave with complete rationality and foresight. Omar Khadr evidently took on the politics of his father and uncles – not the best role models – and he let his elders get him involved in a ground war against the world’s greatest superpower.

As a result of those decisions, this 15-year-old boy found himself alone, seriously wounded, half-blind, and legitimately believing that he was about to be killed. If the allegations are true – and how certain could any witness be in those circumstances – he picked up an available weapon, a grenade, in an attempt to defend his life. For this he has already spent two-fifths of his life in prison, has been tortured and abused, and is now in the sort of limbo that only a military bureaucracy could create, facing at least six more years of imprisonment – somewhere.
For once, it doesn’t seem to be the United States that’s standing in the way of a resolution, although it took Defense Secretary Panetta until April of this month to formally approve the transfer. According to a writer for Torstar, a subsidiary of the Toronto Star, “Khadr’s lawyers tried diplomacy, then a media campaign, but with still no word from Ottowa, they’re taking the fight to the courts. According to Toronto lawyer

Brydie Bethell, “We warned [Public Safety Minister Vic Toews] that if he didn’t comply with his statutory duty, we would have no choice but to take legal action…We’ve waited until we can’t wait anymore.”
“Omar has lived up to his part of his deal,” according to Attorney John Norris. “The only reason eight months after he became eligible to return to Canada that Omar still sits in a cell in Guantánamo is because the Canadian government continues to fail in its obligations toward him.”
First it was his family, who sent their child into a war zone; then the United States, which captured and abused him and now wants to wash its hands of the grown up problem that he has become. Now the leaders of his native country, who undoubtedly find him an unwelcome embarrassment, are balking at accepting him back. “And that,” as a columnist for the Toronto Star wrote, “pretty much sums it up.”

« Lest We Forget
Deportation: Then What? »