Series editor Bert Lockwood wrote to alert us to this series from the University of Pennsylvania Press. Check out their catalog.
…..Still thinking about the news from the war crimes trials in Cambodia — and the responses of some survivors to the guilty verdict for the head of the notorious Tuol Sleng prison 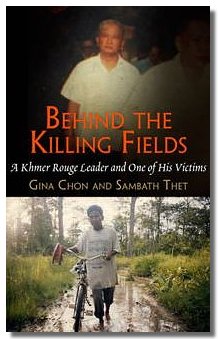 (see our recent post) — I particularly noticed Behind the Killing Fields: A Khmer Rouge Leader and One of His Victims, by Gina Chon, a Wall Street Journal reporter, and Sambath Thet, a survivor who now writes for the Phnom Penh Post.

“Based on more than 1,000 hours of interviews with the top surviving Khmer Rouge leader, Nuon Chea, Behind the Killing Fields follows the journey of a man who began as a dedicated freedom fighter and wound up accused of crimes against humanity….Chea was Pol Pot’s top lieutenant. He is now in prison, facing prosecution in a United Nations-Cambodian tribunal…The book traces how the seeds of the Killing Fields were sown and what led one man to believe that mass killing was necessary for the greater good.
…….“Coauthor Sambath Thet, a Khmer Rouge survivor, shares his personal perspectives on the murderous regime and how some victims have managed to rebuild their lives. The stories of Nuon Chea and Sambath Thet collide when the two meet.”

The Refuge Media Project’s former Associate Producer, Roz Dzelzitis, has a long-standing and very comprehensive website titled May I Speak Freely, reporting on human rights and other issues in Honduras, both currently and with a long-term historical perspective.

Our friend, radio journalist Sofia Jarrin-Thomas, who is now based in Ecuador, has slso recently launched a blog reporting on human rights violations in Honduras, which includes a number of entries on occurrences of torture. You should also check out Sofia’s terrific oral history project on El Salvador, El Salvador: Stories of War and Peace. 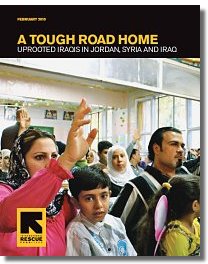 Iraqi refugees (their third since 2008) concludes that “millions of Iraqi civilians remain uprooted and desperate, but ongoing strife and persecution, occupied and ruined homes and lack of vital services in their communities of origin preclude most from returning home safely.”
…..There are hundreds of Iraqi refugees living in extremely difficult conditions in Syria, Jordan, and other countries throughout the Middle East, while estimates of “internally displaced persons” inside Iraq range from 1.5 million to well over 2 million. Despite some reports to the contrary, according to the IRC, “only a tiny fraction” of displaced Iraqis have been able to return to their homes, while aid from the international community is declining. “With no end to their suffering in sight, hopelessness and frustration are pervasive,” the IRC report states, and it expresses grave concern about a “lost generation” of Iraqi youth. View the IRC’s Press Release on the study, or download the full report.

Ronald Pies, MD, Editor in Chief of Psychiatric Times, draws parallels between the controversial issues of physician involvement in capital punishment cases and in interrogation of suspected terrorists, in his provocative January 26, 2010, editorial.

Rutgers Center for the Study of Genocide and Human Rights

This academic center “seeks to enhance our understanding of mass human rights violations and the principles and mechanisms meant to prevent them, protect the vulnerable, and help victims recover. ..The Center promotes cutting-edge research and scholarship, educational initiatives, workshops and seminars, outreach and commemorative programs, and international collaborations related to genocide and human rights.